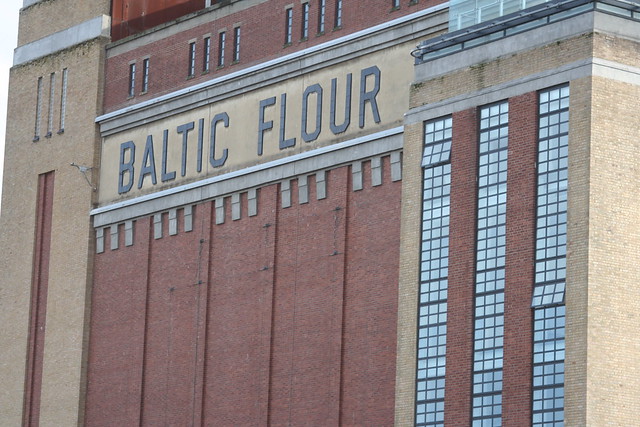 Back in October 2014 I popped down to Gateshead and Newcastle. The images show the Millennium and Tyne Bridges, the Baltic and the Sage.

The SummerTyne (nice play on words) Americana Festival is now in its 10th Year and with such a cornucopia of bands on show a new reviewer steps forth and gives their views on a live set by the Felice Brothers.

So the Felice Brothers delicately balance riotous pleasure with exquisite pain. Born in wild woods of the Catskills, Ian, James and Simone brought their boondock poetry to the subways of New York, recording albums in chicken coops during thunderstorms. When Simone left the group to strike out on his own I worried that they would lose much in terms of his sensitivity. While this may be true in the studio to some extent, it is hard imagine them giving a better live performance, even in the somewhat hushed and over refined atmosphere of The Sage as part of their popular Americana Festival.

The two remaining brothers neatly encapsulate the dual nature of the band. Ian on lead vocals and guitars, hunched at his microphone stand in twin ragged plaid shirts, has the presence of a modern day Townes Van Zandt. His brother James on keyboards and vocals is a great smiling bear of a man. At first glance he looks like should be felling trees, but his appearance belies great sensitivity and musicianship.

Early on in the set they launch into a joyously raucous version of Cumberland Gap, at once true to the original Appalachian spirit of the song and bang up to date. They followed this with Wonderful Life and The Big Surprise classics for anybody looking for an introduction to their sound. Even the reserved Sage crowd were stung into action by Whiskey in My Whiskey an up tempo little number about a man who shoots his unfaithful girlfriend before killing himself on the railroad track.

Many fabulous songs later, “We’ll do a couple more songs for you”, mumbles Ian. They do just that and are gone, no encore and a somehow fittingly anti climactic end to an emotionally charged evening. My last wish would have been to have left and stumbled into a steamy, seedy back alley. I imagine being approached by a wild eyed bearded Vietnam vet who asks me “Buddy can you spare a dime?” It may not always be pleasant, but it certainly is a wonderful life.

To catch The Felice Brothers live, quickly head over to their website where tickets are still available for their remaining UK dates.